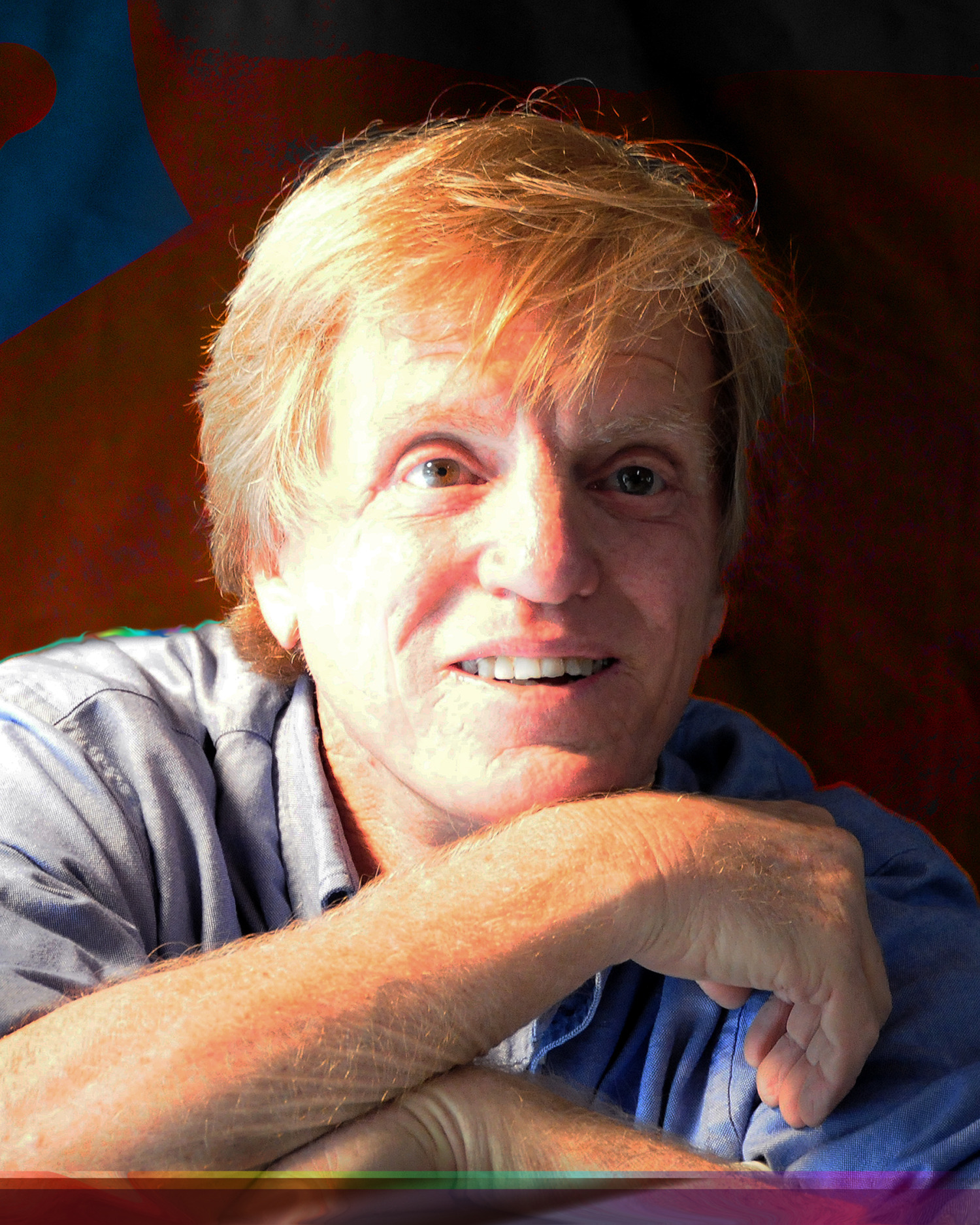 Rob is seventy (That's just shy of "older 'n dirt" if you must know). Long ago he received degree from the USC School of Fine Arts, and studied at L.A. Art Center under James Jordan. For over thirty years he worked variously as a film producer, senior advertising executive and Creative Director.  In the late nineties he put aside these “former worlds” to engage in the full time practice of the visual arts; primarily through the self-developed discipline of what he's come to call Extractionist® Painting.

By way of insight, Rob was born with acute Dyslexia ("Lysdexia" for those in the know). Not only would he spell words and place numbers backwards, he tends to visualize objects in various forms of distortion. He credits this once long-suffered malady as the principle instrument for his ability to look intently INTO objects, rather than simply at them. He then interprets what he sees to form his work through digital composition and traditional painterly overlays.

Rob's paintings have appeared in national and regional competitions, solo exhibits in California and New England, gallery exhibits on both the West and East coasts. And of course his work is always available for viewing at his studio gallery in the small town of Bartlett, New Hampshire. Rob's Paintings are in the collections of multinational corporations, universities, military establishments, and other public and private venues. He is ever eager to discuss regional representation by accredited galleries and dealers. Rob Nye Studios is located in the White Mountains of Northern New Hampshire, and Rob welcomes visitors. For an appointment call him directly at 415/806-3482 or send email to [email protected].

(Extractionist Painting® and Extractionism® are registered trademarks of Rob Nye