In a very real sense, Rob started his creative career when he was eight years old. Because he suffered from a form of Dyslexia during his early school years, Rob was unable to read or learn as other kids did. “It wasn’t that I just switched letters and mixed up numbers; it was a lot more than that,” he states. “I saw shapes and objects in distorted ways. When others saw a glass of water, I saw images WITHIN the water and as part of the glass. I suffered a lot because I couldn’t see things exactly like others did. I thought I was a complete dummy . Later on at University I drove my life figure drawing professors nuts trying to get me to draw a model as THEY saw him or her".

Extractionist Painting might very well be be one of the more unique creative processes in today’s artistic arena. Rob’s technique is a remarkable dual process of seeing things, which others rarely perceive, in tiny found objects. He then recreates what he's "seen" by collageing these perceived images together digitally to form large scale landscapes, portraits, and contemporary abstract renditions of crystalline color and intensity. Nye’s physical process incorporates a method of layering and fuseing various mediums that don’t naturally adhere to one another (oil, water color, chalk, etc.), over a thin vinal imprint of the image. He incorporates a combination of digital imaging, printmaking, and traditional pigment over-painting in his work.  The result is art that, at a glance is completely “other-worldly”, and yet again, entirely familiar. 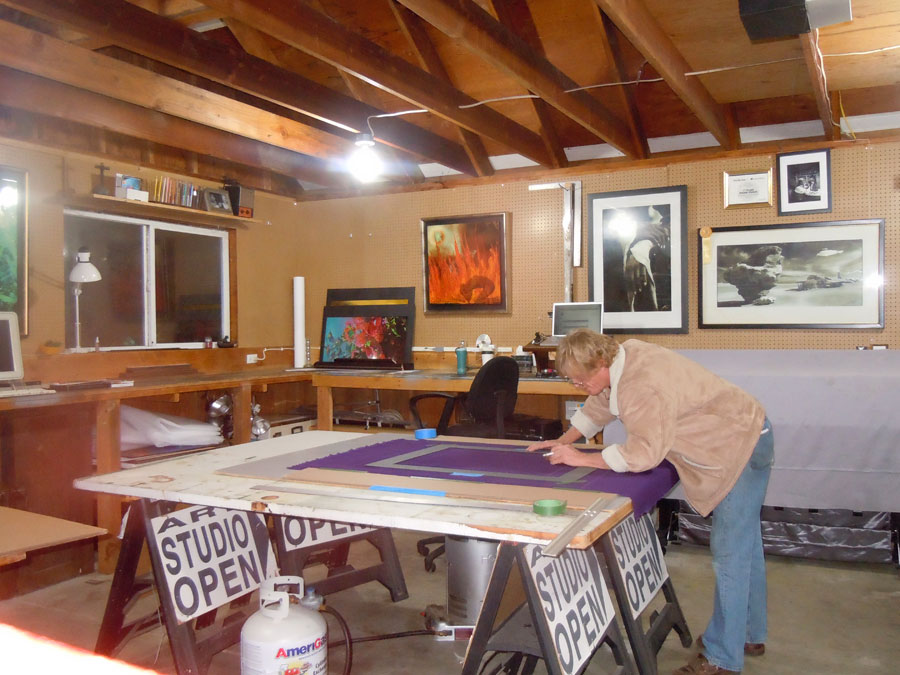